A demonstration has shown how the Sniffer4D gas detection system can be used with the DJI M300 RTK drone to benefit public safety operations. The module detected numerous substances to provide vital situational awareness in real-time. It is also suited to other applications, such as industrial inspection and environmental monitoring. 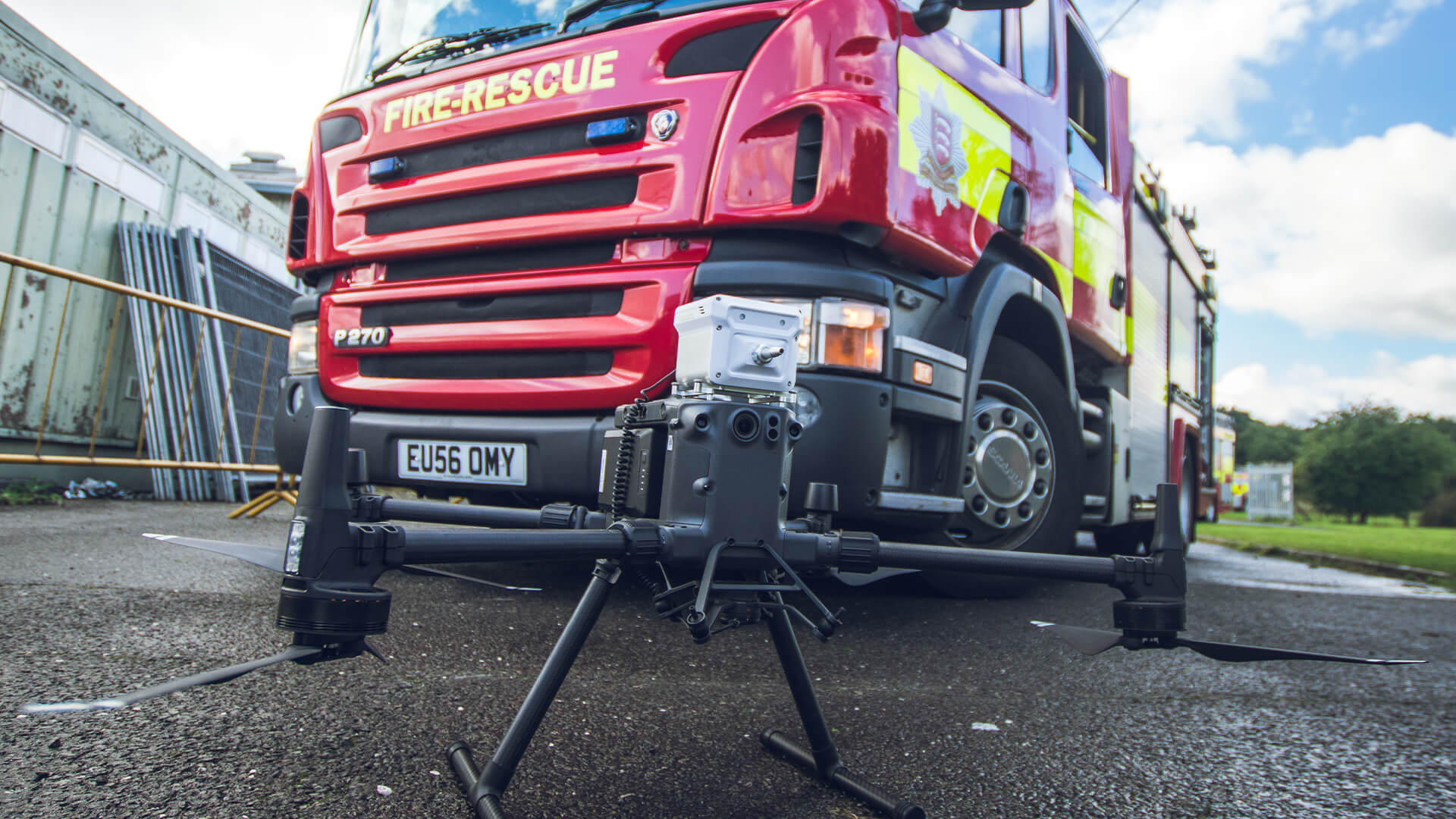 · Demonstration of the Sniffer4D gas detection system with the DJI M300 RTK drone showed its value for public safety;

· Data can be viewed in 2D or 3D, courtesy of Sniffer4D Mapper, for deeper insights;

· A drone and Sniffer4D is up to 60 times more efficient than traditional methods, quickly covering large areas. It is also a safer method of data collection, replacing the need to send personnel into hazardous areas;     · The module can be used for a range of applications, such as industrial inspection, scientific research, and environmental monitoring.

A demonstration
has shown the capabilities of a drone-based multi-gas detection system, including for public safety and HazMat operations.

The Sniffer4D V2 solution was integrated with the DJI M300 RTK for the trial, hosted by London Fire Brigade. 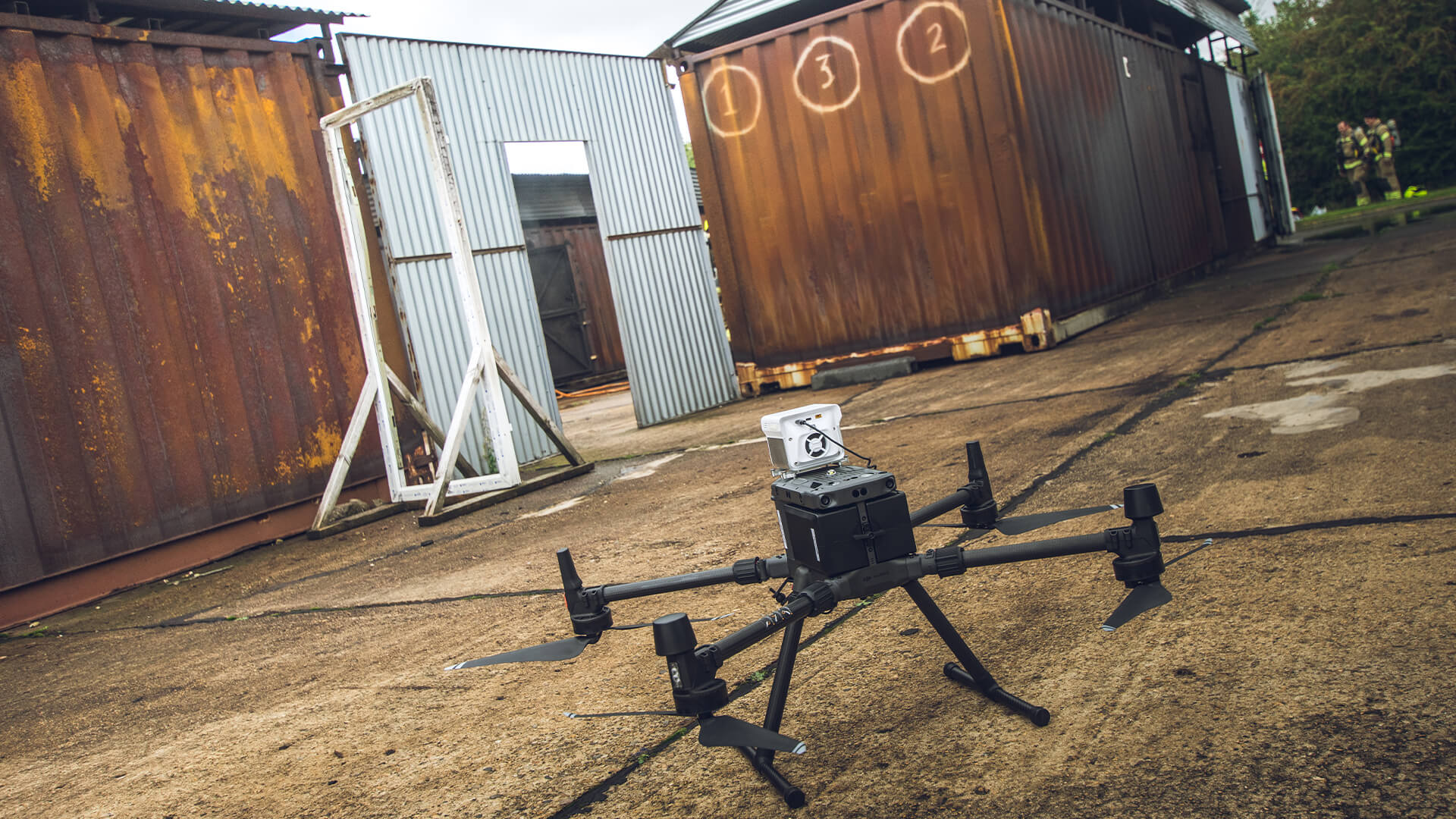 Providing real-time insights, it not only detected different gases, but also revealed their location, concentration and direction of travel. 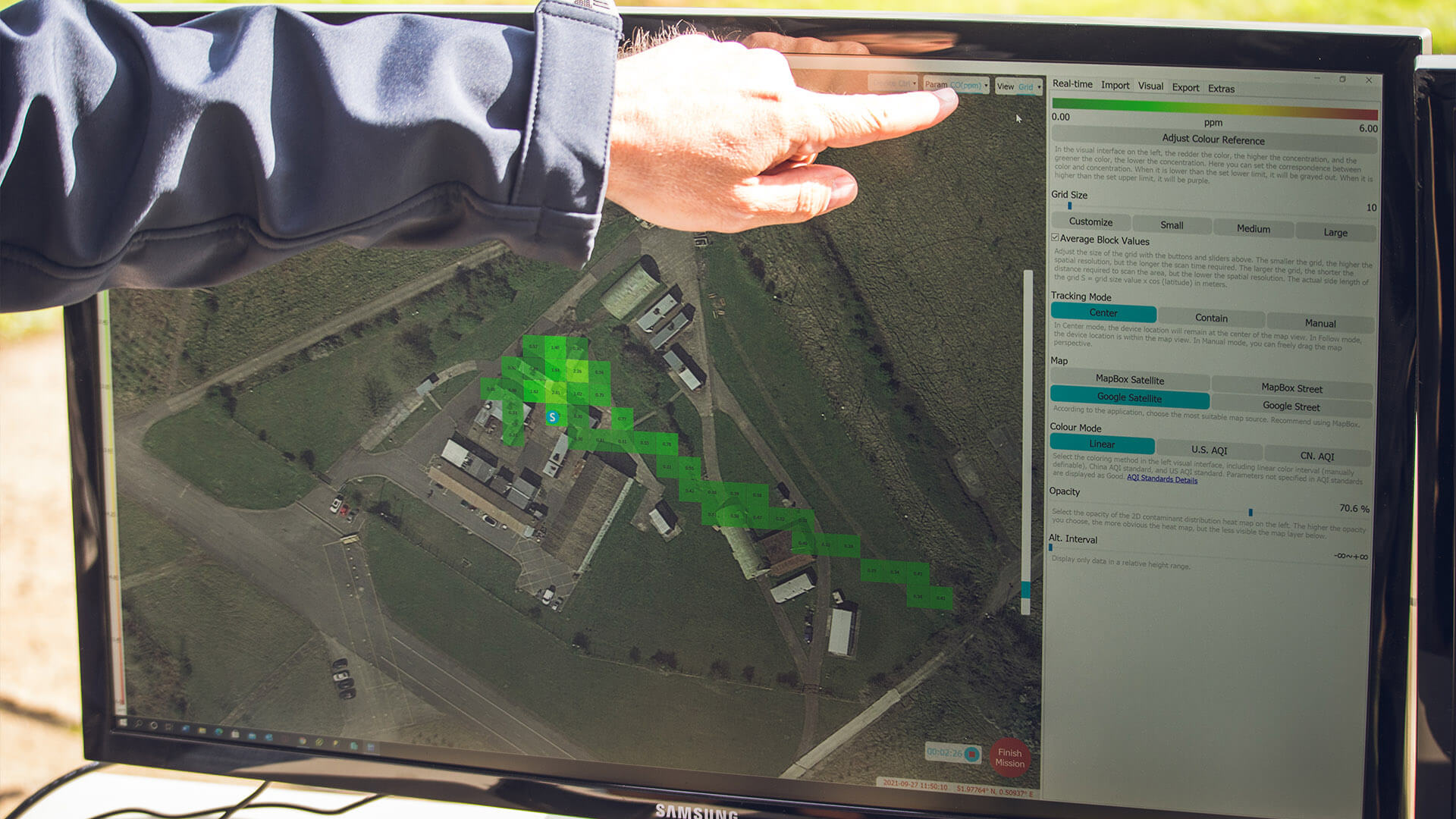 Lee Newman, Station Officer at London Fire Brigade, said this type of information would be invaluable for bolstering situational awareness and safety during a live incident.

He admitted that the drone gas detection system impressed at the trial and 'raised a few eyebrows' among attendees, which included representatives from Essex Police and Fire, and Hertfordshire Police. 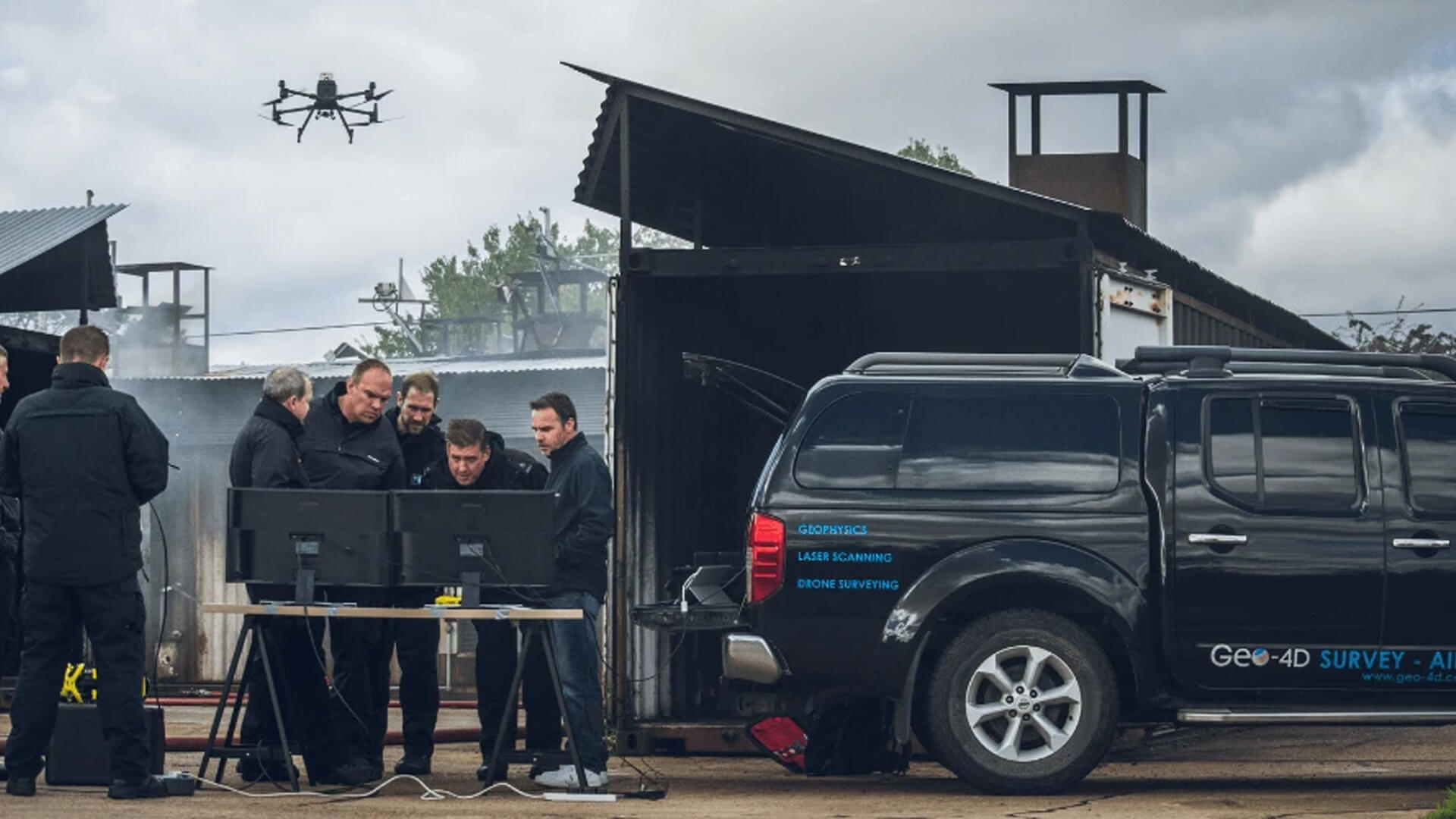 Station Officer Newman said: "Sniffer4D is really good and performed well during the trial, showing its effectiveness for public safety and HazMat operations. Information is king and the more you have helps to build a better plan, which facilitates incident response and crew safety.

"In the case of the trial, the gas detection system was able to provide more details about the smoke cloud than a visual camera could, telling us what type of hazardous substances were in the plume, their concentration, and where they were heading. 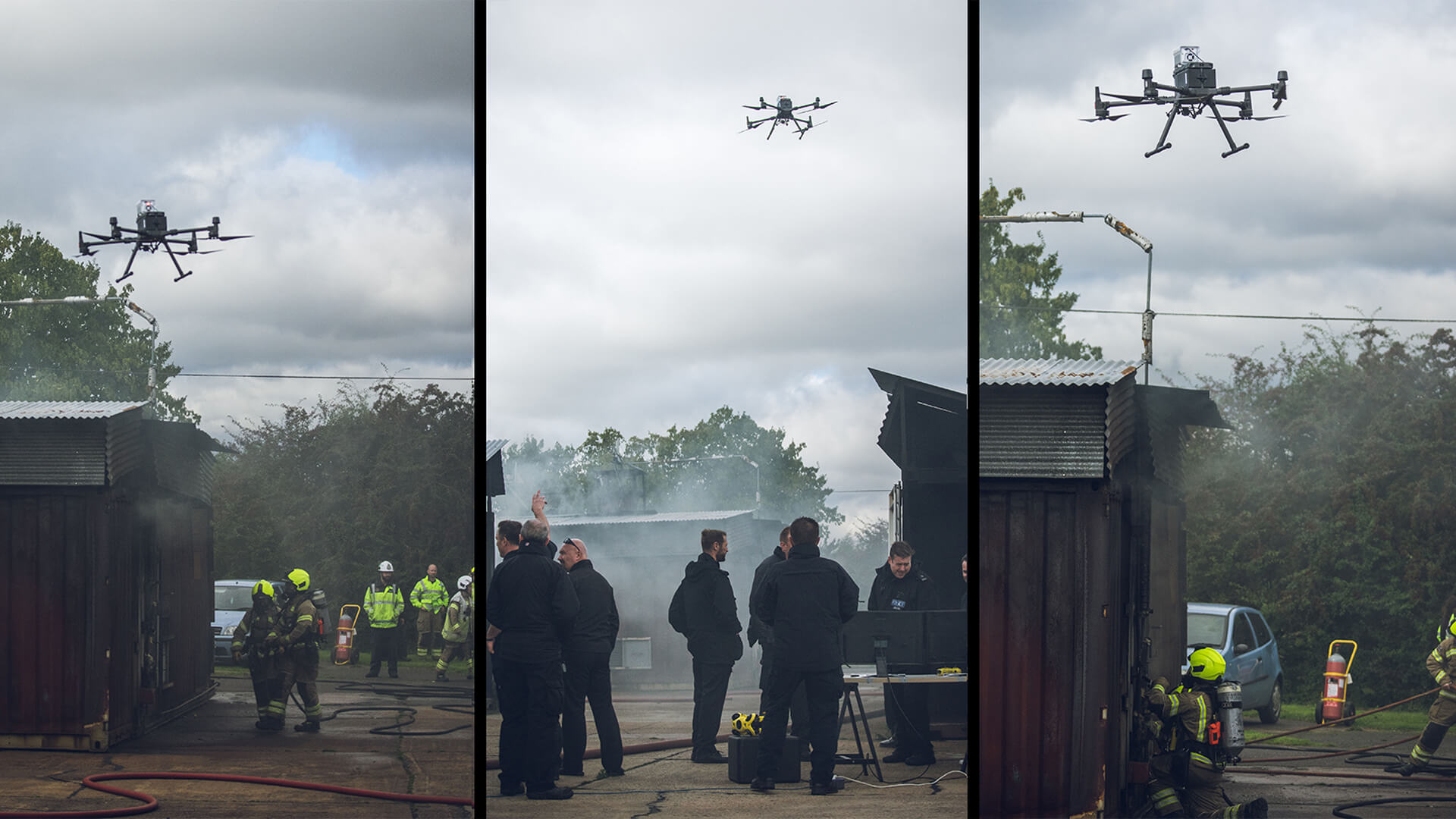 "In a real-world event, this would not only help us tackle the incident, but help us better protect the nearby community, taking preventative action such as telling them to shut windows or redirect traffic - especially if there were high levels of really dangerous substances. And the system obtains the information you need while keeping crews away from the incident." 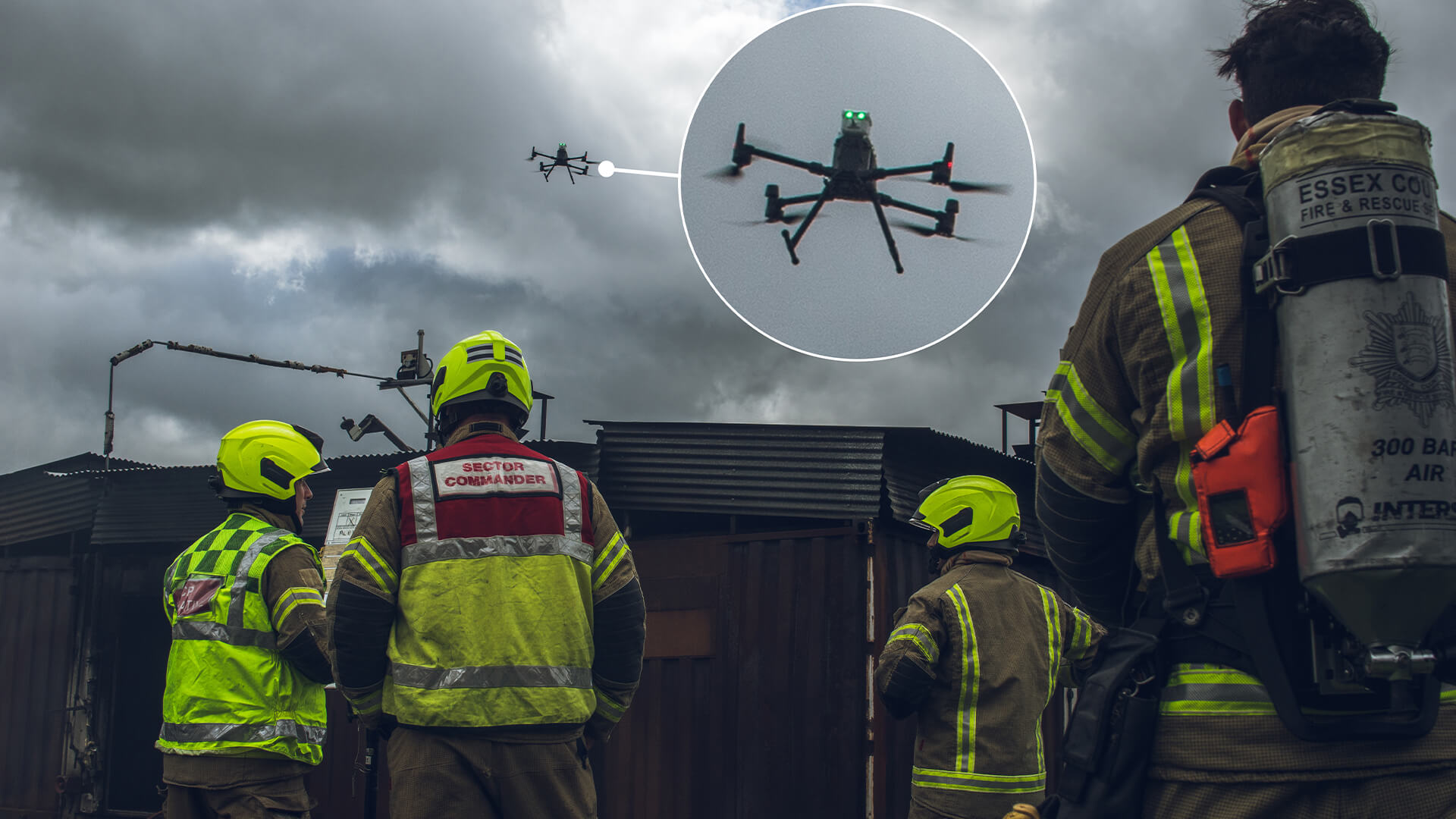 The Sniffer4D ecosystem combines the gas detection unit which integrates with the drone and the Sniffer4D Mapper software, helping to analyse spatial distributions of particles and air pollutants and identify sources and transportation of air pollution.

This plug-and-play solution - also compatible with the DJI M210 Series V2/V1 as well as the Mavic 2 Series, including the Mavic 2 Enterprise Advanced (via a mounting kit) - can detect up to nine gas and particle concentrations at a time. The available parameters are:

These can be configured for specific operations, ie:

Each gas detected is individually georeferenced, and operators can also obtain temperature and humidity data for each section of the dataset.

Using data from the exercise, the graphic below shows how operators can obtain key pieces of information across individual areas of the map.

During the trial, the module detected numerous gases/substances, such as nitrogen dioxide (NO2), carbon monoxide (CO), and PM2.5 (particles or droplets in the air that are two and one half microns or less in width).

The below graphic shows four of the substances detected and demonstrates how operators can toggle between them to obtain crucial insights.

Notice how the concentration intensity of each substance is reflected by a numerical value and different colours, which align to a matching scale and with parameters relative to each gas. The image below gives a close-up view of part of the dataset.

The information is overlaid on a map to provide a true visual representation of where the gases are and their direction of travel.

The data can be analysed using 2D or 3D concentration maps. The options are a 2D grid, 2D contour, and 3D point cloud. Taking the levels of nitrogen dioxide from the trial as an example:

2D Grid: Best for displaying how the concentration values vary in different locations.

2D Contour: Best for showing the concentration distribution trends. It also shows the hotspot for that particular gas.

This information - via Sniffer4D Mapper - enables the quick evaluation of concentrations of pollutants and the spatial extent of contaminants in hazardous accidents to facilitate decision-making.

The concentration of each gas can also be viewed in real-time via the DJI Pilot app screen.

A video live stream from cameras such as the H20T can also be played within the Mapper software.

· Overlay a high-definition orthophoto on top of the obsolete or low-definition satellite map to better match up high concentration spots with actual scenes.

· Real-time readings from one or multiple Sniffer4Ds can be viewed on multiple PCs with Sniffer4D Mapper installed.

As such, it can be used across a range of industry applications. These include:

· Emergency Response: Quickly evaluate the concentrations of pollutants and the spatial extent of contaminants in hazardous accidents.

A drone is an ideal tool to carry a gas detection unit: A cost-effective and quickly-deployable platform that can scan large areas efficiently while keeping personnel away from danger.

The table below shows some of the advantages of pairing drones with gas detection systems, such as Sniffer4D. 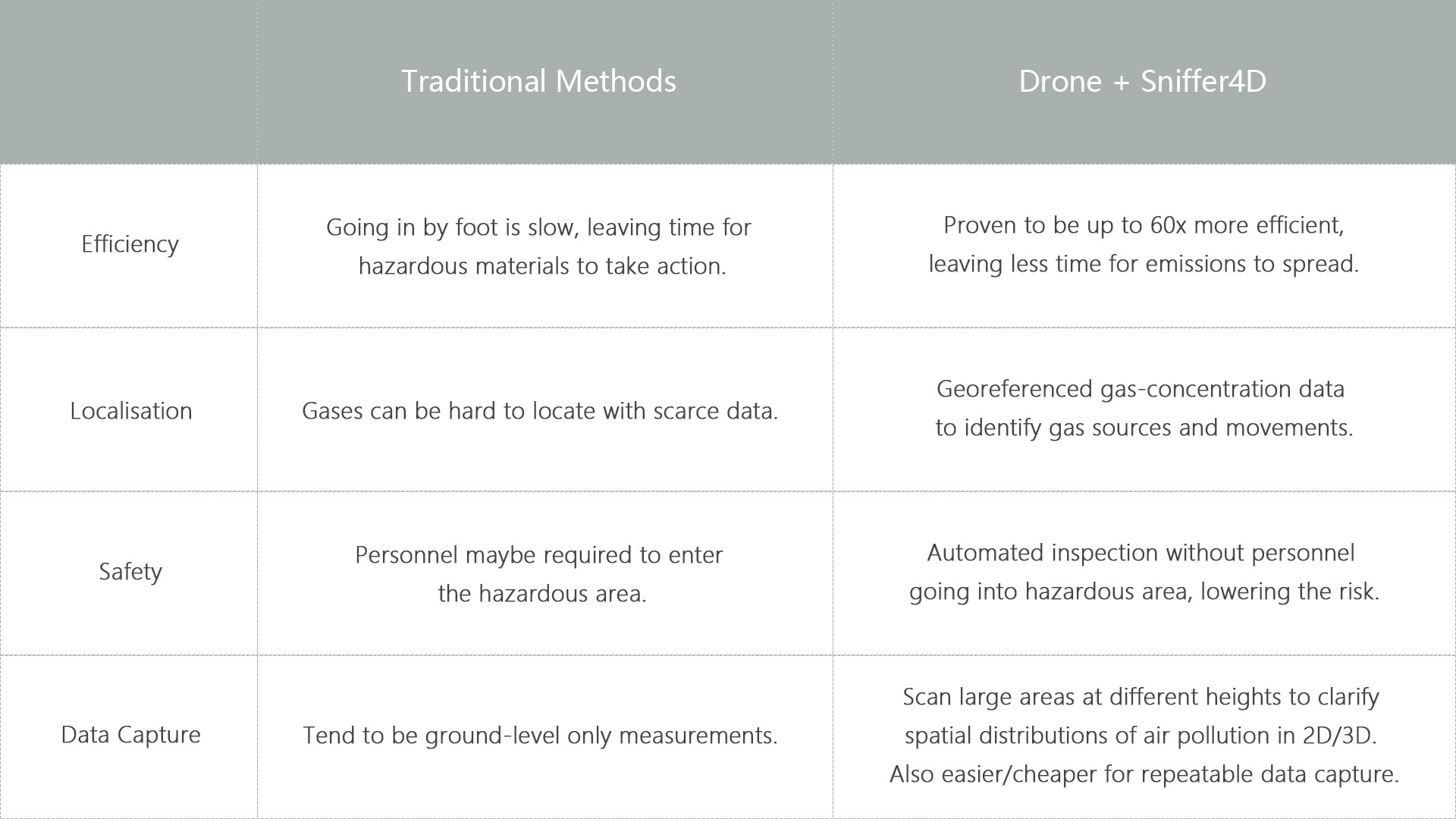 It also benefits from an internal suspension mechanism and has built-in 4G/3G/EDGE/GPRS connectivity.

For more bespoke missions, gas sampling modules with different capacities can be attached to the DJI M300 RTK and DJI M210 Series and controlled via the DJI Pilot App or Sniffer4D Mapper.

Contact heliguy™ to discuss the Sniffer4D gas detection system and how it can benefit your operations. 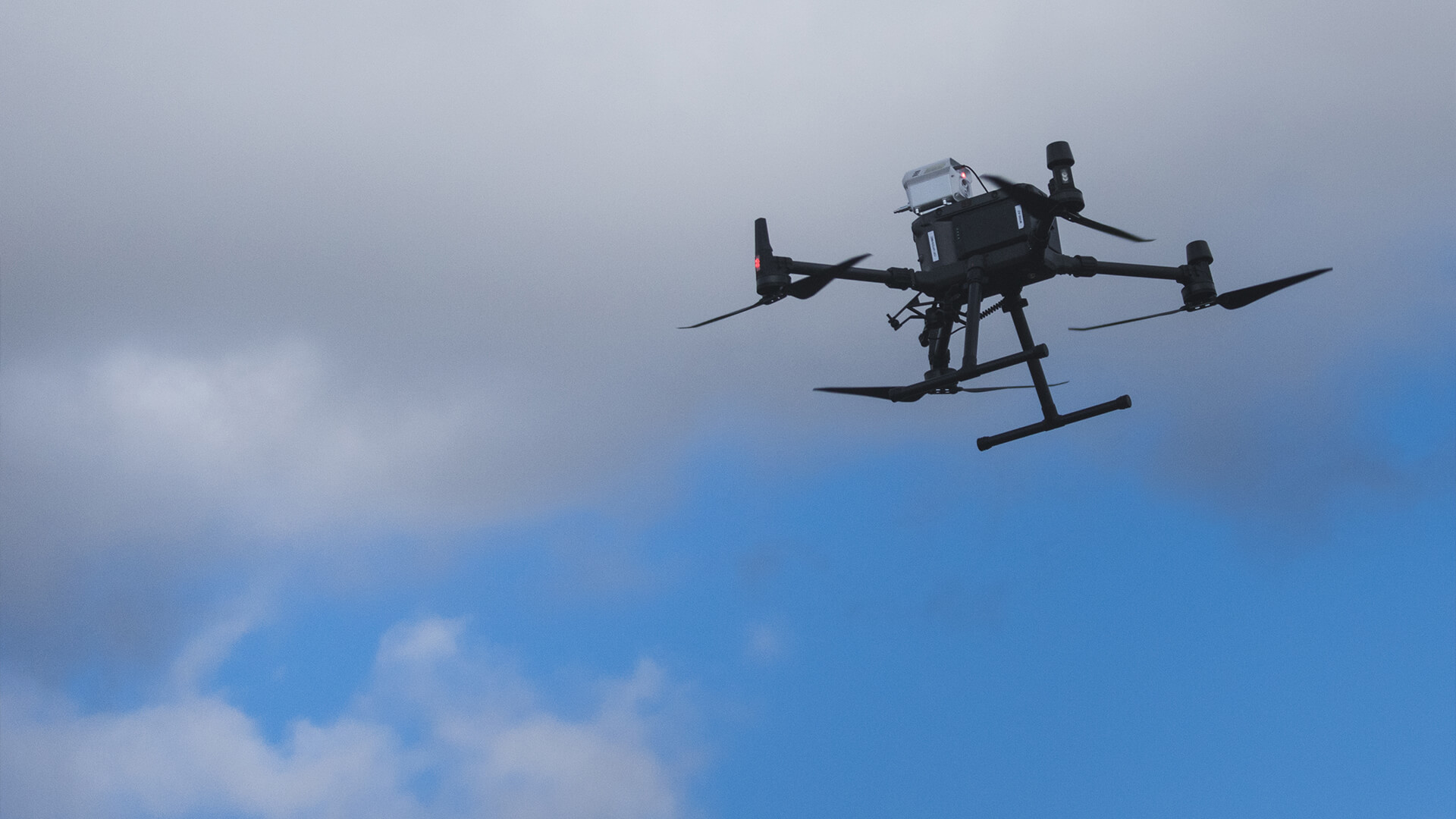 ​​​​​​The article is reposted from
https://www.heliguy.com/blogs/posts/drone-gas-detection-system-with-sniffer4d-review